I was born in Sevilla on the 3rd of January 1967 into a modest and traditional family. I mean modest, because it was what they called middle class. And I mean traditional, because those were the years when General Franco was governing Spain in a dictatorship regime supported by the Catholic Church.

My parents’ whole family were raised according to those Catholic and traditional ethical values. My father was a policeman, very honest and ambitious, and I believe that his ambition led him to become one of the most well-known chiefs of the Spanish police of the 80’s, when Spanish democracy was almost at its beginning. My mother was a very dedicated primary school teacher.

Although I was born in Sevilla, I lived the first year of my life in Huelva because my father was stationed there.
In 1963, I started my career as a policeman in Huelva. I obtained a council house with the help of a friend (…) By 1968, my son Manu was becoming very sick. Medicine was not advanced enough to diagnose the kind of sickness he was suffering.
Those are words I have translated from a notebook my father left after his death. Not long after I left Sevilla in 2000, starting my adventure abroad, I asked him to write his recollections; I insisted many times that he should do this when I was talking with him on the telephone. He devoted his life and energy to his job, and when he retired he was devastated, really depressed. His job was his life, I think. He died six years after that and he did not write many pages. When I received the notebook from my mother, I noticed that the cover was missing and that many of the pages were torn. On the telephone, he had told me how emotionally difficult it was for him to write.

As I have already mentioned, although my parents were brought up under Franco’s political views, historical and political changes, life events and children made them change to a much more liberal and flexible way of thinking.

You were born between 10 and 11 in the night. It was too fast. I broke my waters when I arrived at the hospital, just in the red carpet at the entrance. Grandma and Grandpa came with me. Dad was working in Huelva and turned up next day with the pram for you.

This is what my mother said to me…

My grandpa and grandma, her parents, were living in the Civil Guard station, which was placed inside the Parque de María Luisa, the oldest and most charismatic park in Sevilla. My grandpa was in the Civil Guard (a military force charged with police duties), and he, my grandma, uncle and mother, lived there for most of their childhood and adolescence. My mother went to live there when she was one year old and left after she married, when she was twenty one.
The maternity hospital where I was born was just inside the park, not far away from the Civil Guard station. The hospital building was built for the 1929 Ibero-American Exposition of Sevilla, as the Pavilion of Mexico. It is an impressive building, in a Mayan-Toltecan facade style, that became a maternity hospital after the exposition.

In spite of Franco’s dictatorship, the sixties young generation in Spain was called ‘Generación ye-yé, ye-yé Generation’. Young people were influenced by British and French pop music and culture, which was starting to bring a new fresh air to Spain after the forties’ and fifties’ dark post-Civil War years of Franco.

My parents were part of that generation.

Beside my family’s support, music has been always the greatest help in my life, giving me enormous aid in difficult moments. I always say that I am a writer because I am not a musician. Maybe I do not have the talent, for sure I do not have the physical ability and therefore I have never persisted enough to be a musician. But music is, and has always been, a big part of my life.

My mother sang me Zarzuela songs when I was a baby. Later, she bought me a piano, and I received private lessons at home. My mother told me recently that she wanted me to learn to play the piano not just for the music, but so that I could improve my psychomotricity. Later, when I was a child, I tried to learn to play the guitar, which I never could; not just because of my psychomotricity problems, I think, but because I did not really practice day after day, and year after year. Even though I would never be a good piano or guitar player, I had probably learnt how to play songs, express myself and sing along. I believe that even if you enjoy doing something, you could give up because you do not feel yourself capable of progressing in that activity, feeling you do not have the appropriate skills. In spite of human creativity being unlimited, there are disabilities in which it is obvious that there are impediments to normal progress for certain activities. Then you need to be flexible enough to avoid frustration by channelling your disability into another, more appropriate activity. A mute person might be a good musician rather than a singer, or might have another type of ability/intelligence which s/he is good at and makes him/her feel content with life… So I became a music lover, instead of a musician. Music was with me at home, in hospitals… and helped me later to redirect my emotions into writing. 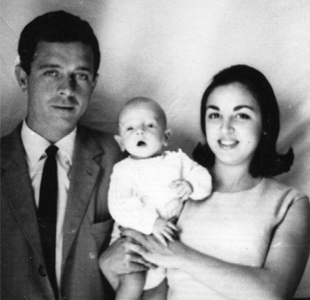 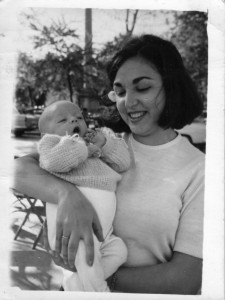 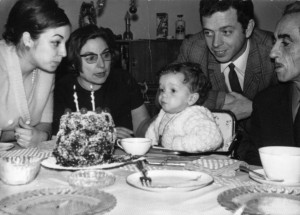 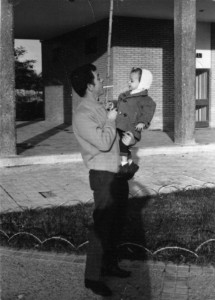 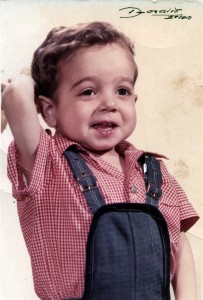