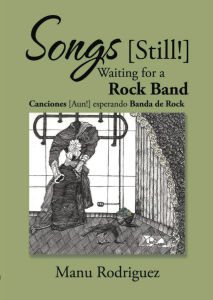 Tenerife… It was at that time that I had the urge to communicate what music meant to me. And there I was, buying records… and then a mixer, and I tried my hand at being a DJ, and I worked on the radio… And I wanted to have a rock band to melt my feelings with music and others. But that remained a fantasy, a dream. And so I started writing poems, lyrics, songs inspired by other songs and by that time I was living.

¨Poignant and personal, introspective yet outgoing. Young and carefree, yet heavy with the weight of age and responsibility. These pieces of poetic lyrical prose are like photographs, well thumbed and cherished.
Each is a vignette, a window, through which we only see what the writer chooses to reveal. In a real, immediate sense, these might be songs – rock songs, even. I have even been putting some of them to music, with Manu’s blessing. Even so, these elusive lyrical fragments are, in their own haunting way, still, waiting for a rock band.¨ 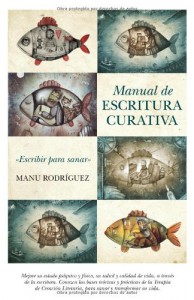 Since the first study on expressive writing (Pennebaker & Beall, 1986) until today Creative Writing is being used as a Therapeutic tool in different settings such as counsellor’s practices, hospitals, penitentiaries… in different countries around the globe.
This short but intense handbook is designed for adults. The kind and ambitious intention which has moved me to write it is to get my experiences, studies and research not just close to those who want to overcome traumatic experiences which may affect them psychologically and physically, if not to everyone and anyone who wants to improve their wellbeing through Creative Writing. It is also addressed to writers and artists as a useful reference and hopefully a fountain of inspiration. 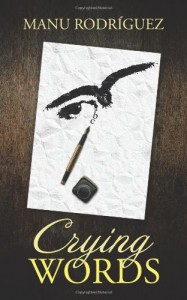 Writing just for the sake of writing is worthless. You have to write when you are driven to bleed into the paper. ¿Cry? Yes, I would like to. But I don’t know how. I only know how to cry writing. Crying words in silence. Crying Words is an introspective monologue, a narrative that has something to say to everyone, and yet is intensely personal. A journey, an awakening, it is Manu Rodriguez’ most intimate work to date. Each of us feels alienated at some point in our lives, and everyone knows what it is to cry, but if we were able to turn those tears into words, crying with ink onto the page, would our words find a kinship with the words, and tears, of another? A way to connect emotionally, through words? Deep down what are we really searching for? Wisdom? Money? Sex? Love? Inner peace? Perhaps these crying words will wash away the confusion of yesterday and carry us, sailing, into the future. Crying Words by Manu Rodriguez may answer some or all of these questions, it is certainly a frank and open account, an inner memoir, a journey; a journey which each of us must ultimately take, in some way, at some time… This book was published for the first time in Spain in 2005 and was translated into an English version by the author. Also included are four drawings by Chencho Aguilera, an artist from Ayamonte, Andalucia. Manu Rodriguez was born in Sevilla, Andalucía, in 1967 to a modest and traditional family. 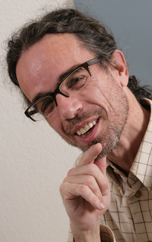